How Working at Lululemon Helped Me Stay Sober

The Positive Relationship Between Working and Sobriety

Lululemon was my first job outside of a bar or restaurant. When I was hired, I was 28 years old, fresh out of college, and had just moved from my hometown of Waco, Texas to The Woodlands in North Houston. I’ve proudly been rocking my high-end yoga pants for nearly three years now – both in The Woodlands and New York City. This job has been a consistent support system for my sobriety and my coworkers have been some of my most enthusiastic cheerleaders. Here’s how the unique work culture has played a key part in my recovery:We write down goals we can see every day.

One of the foundations of Lululemon’s work culture is writing down our goals. It’s like if the ideologies of Field of Dreams and The Secret had a baby. While this process can be (and often is) overwhelming, it’s really improved my life. We write down our goals and hang them up in a visible place. If you build it, he will come. I doubt that I’d be living in New York City without this practice. My favorite goal I’ve written down was right before my 30th birthday: “I abstain from alcohol for a full year and I write about the experience in my blog called SobrieTea Party.” Seeing that declaration every time I went to work kept me accountable to my sobriety and my writing commitment. I’ve been sober for a year and 5 months and writing consistently ever since.

Like most humans, Lululemon employees attend happy hours, parties, and other gatherings that are often amplified by alcohol. I’ve drastically cut back on attending these events and my coworkers never give me a hard time. A great thing about being a sober gal working for an athletic apparel company is that many of our meetings or group outings are fitness based – green juice lovers, rejoice!

Before each shift begins, we are encouraged to share something that’s going on in our world or clear the air of something that might keep us from being present on the floor. A sharing can be something as simple as discussing a movie you just watched or a goal you recently accomplished. A clearing can be anything from “I’m gassy from too much veggie chili, stay clear of the fitting rooms today” to “Dealing with reality without alcohol sucks.” Sometimes I can just say, “today is tough and I don’t want to talk about it.” Sometimes I say nothing at all. I appreciate having a safe space to discuss as much or as little as I want to without feeling judged. Instead, I feel loved and supported.

I get to wear yoga pants to work.

Yeah, that’s pretty much all I have to say in that regard. It’s pretty great.

One of the many cool things about working for this company is that I’m able to work at any Lululemon in the country. Last fall, when I was going through a lot of family struggles, my stress and anxiety were heightened. I was thinking about alcohol a lot more than usual. I knew that I needed to be home with my family. My boss here in New York City let me temporarily transfer to my home store in The Woodlands. This flexibility allowed me to simultaneously be with family during a tough time while still maintaining a level of normalcy with my work schedule. Support from my employer helped me keep my recovery as my number one priority during an incredibly challenging time.

We talk to each other directly.

The company has basically created a work environment where it’s encouraged to share compliments as well as constructive criticism. Since becoming sober, my managers have told me that my emotional stability has greatly improved. I’ve also been told that I have less mood swings and less existential crises (I’m only questioning the meaning of life, like, five times a day now). Much like vision and goal setting, receiving feedback can also feel overwhelming. One coworker told me that early in my sobriety, I had an air of “holier than thou”ness that I eventually outgrew. This was hard to swallow because I didn’t want to believe it. Whether it was true or not, that’s how my co-worker felt and I’m grateful that he felt comfortable telling me. This framework has helped me develop a thick skin, which I can definitely apply to all aspects of my life.

There are several essays written by former Lululemon employees calling the company a cult. While I don’t feel that we’re a cult, I’ll be the first person to say that our unique work culture is pretty odd. For as many people that drink the yoga pants Kool-Aid, there are a bunch of us who take the weirdness with a grain of salt. Just like anything in the self-help arena, I’ve learned to keep the helpful tools in my tool belt and leave the unnecessary gadgets in the shed.

A quote from a former Lemon who’s sober, Rich Binning:

“Suddenly I was surrounded by a group of people whose lives didn’t revolve around getting drunk. The culture of Lululemon gave me the power to take personal responsibility and I did more personal development there than I had done in a lifetime. I realized a major reason I drank was to be around and be close to people, and Lululemon showed me how much better and more meaningful that could be than getting blitzed at a bar.”

I’m grateful to have a fun job that supports my sobriety. My co-workers celebrated my sober anniversary (or #SoBerthday, as I like to call it) by signing a sweet card and buying me some fancy tea. They ask about my recovery, read my blog, and follow my journey on all 250 social media platforms. Being sober is hard as hell, especially when I’m so far away from my family back home in Texas. My coworkers have become my New York City family. They not only support my sobriety, they help me embrace it every day. 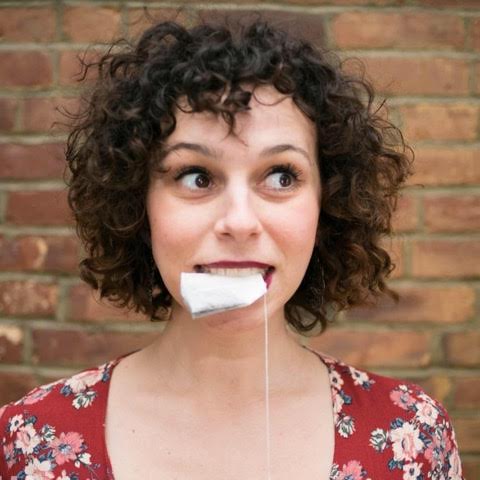 Tawny Lara is a Texan who currently resides in New York City. Her blog, SobrieTeaParty, documents her continuous evolution from a drunk party girl to a sober woman. She feels most alive when she’s exploring activities outside of her comfort zone. When Tawny isn’t writing, she’s studying Spanish, working out, eating tacos, interpreting song lyrics, or all of the above.

Tagged: how to quit drinking, Relationships