Home > What the Queen’s Gambit Gets Right About Addiction 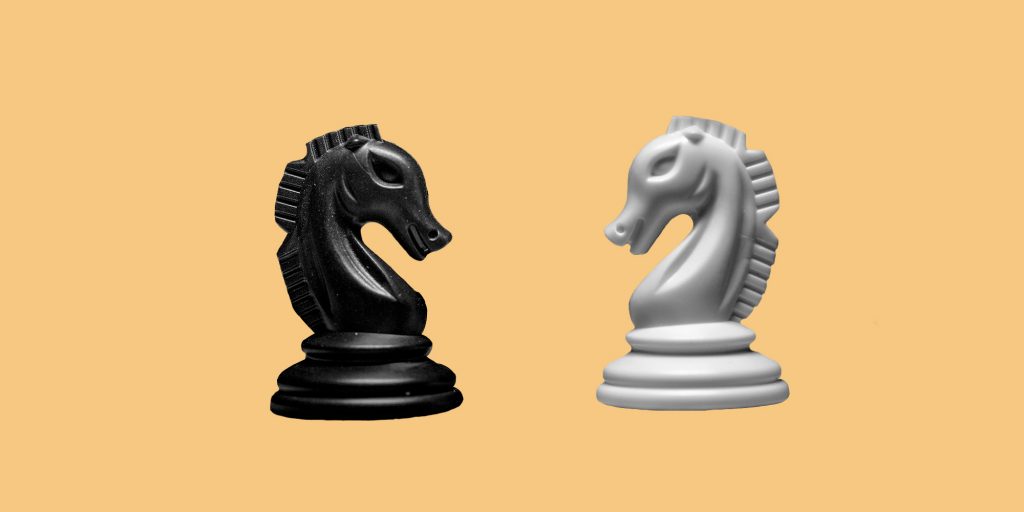 What the Queen’s Gambit Gets Right About Addiction

If one more person told me to watch The Queen’s Gambit, Netflix’s smash hit miniseries about a 1950’s female chess champion, I was going to scream.

Listen, I don’t like/understand/care about chess. Plus, that girl’s hair bugged me in the trailer. Also? I’m sort of an insufferable hipster and I love to hate things everyone else loves. Nevertheless, it’s a damn pandemic, and what the hell else do I have to do but watch a chess drama with a girl with bad hair? What I discovered by watching this show people wouldn’t shut up about is that The Queen’s Gambit isn’t just a thrilling story about chess but also a heartbreaking and relatable tale of trauma and addiction.

The series, based on a novel by Walter Tevis, follows the life of an orphan named Beth Harmon, played brilliantly by Anna Taylor-Joy, who finds passion, connection, and a career by learning how to play chess. But even in the first episode as young Beth finds the game and handfuls of tranquilizers it becomes very clear what this show is actually about: addiction. Beth, wonky bob haircut notwithstanding, was immediately relatable to me. Childhood trauma? Check. An early on the desire to escape? Double-check. A super addictive and even antisocial personality? Triple check. In chess, Beth finds a way to deal with the daily pains of being an orphan and growing up unwanted. While not an orphan, merely a gay child obsessed with Annie, I too found ways to escape the pains of growing up in an alcoholic home with movies, hours of television, and any book I could get my hands on. Beth loses reality at an early age with the combination of prescription drugs and an obsession with mastering chess. These two little hobbies help Beth’s depressing existence at the orphanage seem less so. When a now teenaged Beth leaves the orphanage and gets placed in the home of a loving but hard-drinking mother, both her addiction and chess game take flight. The better she gets at the game, the deeper she delves into drugs and alcohol. Beth and her mom travel the globe, winning chess tournaments and guzzling booze along the way. Toxic relationships, tragedy, financial unmanageability, and all the other delightful things that come along with spiraling addictions soon show up for Beth. I won’t spoil it for you but if you’re an addict or alcoholic you already know-how where it’s headed.

The popularity of the series is pretty astounding not just because who knew that many people would care about chess but because the subject matter is pretty damn dark. However, the terrific acting, knockout period costumes, and gorgeous sets undoubtedly provide an escape of their own in the most blah year of all time. Also, the writers and directors of the series make both the world of chess and Beth’s tumultuous personal life feel exhilarating. Personally, despite my initial prejudice and misgivings, I enjoyed the hell out of it. It goes down easy, is entirely binge-able, and provocative enough to spark conversation. Yet beneath all that I think the show does something we don’t often see when television or films try to talk about addiction. It makes a direct correlation between childhood trauma and addiction. This, as we know, is a real-life thing. Folks with childhood trauma are more likely to have substance use disorders than those without. Likewise, people seeking treatment for PTSD are 14 times more likely to also be diagnosed with a substance abuse disorder. Women with childhood trauma, like the fictional Beth, are even more at risk. One study found, “a sample of women with SUD and PTSD, childhood trauma profiles with a greater severity and a higher number of childhood trauma were related to earlier initiation of substance use, earlier age at the escalation of substance use and greater severity of a broad range of current clinical symptoms.” Years of therapy have helped me see that having experienced trauma at an early age certainly made me more vulnerable to start using and drinking as I did at age 14. I used drugs and alcohol to soothe my trauma and as the heroine of The Queen’s Gambit, it worked for a long time. Until it didn’t. My self-medicating turned messy and out of control until I couldn’t stop on my own and I had to ask for help. After I had been sober for a while, I eventually had to seek additional help for my PTSD too. Parts of my past still rattled my cage, paralyzed me, and even physically affected me. Getting treatment for PTSD profoundly changed my life and recovery. Sure, drudging all the difficult and horrific moments of the past wasn’t fun but getting on the other side of it provided a relief I didn’t know was possible. I was now free to roam about the cabin that is planet Earth and it felt pretty damn good.
All of this said, Queen’s Gambit is still entertainment. It’s here to dazzle us with its style, rope us in with its emotionally involving story and root for its lead character every time the odds are stacked against her. It does this in spades and I personally cheered every time she beat the tar out of some obnoxious chess bro. The show has been accused by some of glossing over the addiction and trauma issues. The ending, critics say, ties things up a little too neatly with a pretty bow especially given how serious addiction is right now. Others still made the case to take the miniseries at face value and enjoy it for it’s the frothy and unrealistic appeal. I fall somewhere squarely in the middle of those two schools of opinion. Sure, it could have dove deeper but then again it’s lady Rocky of Chess. It’s a sports show with hints of darkness sprinkled over the top. Yet we never know what anyone is going to watch and think “Hmm. Maybe I should get help” and if just one person does that while watching The Queen’s Gambit then it’s a success.