I caught up with Tracey Helton Mitchell, recovering heroin addict and author of The Big Fix: Hope After Heroin, to talk about her work in harm reduction, her book, and how she stays sober today.

Tracey completed rehab in 1998, then dedicated her life to the care and treatment of heroin users. She entered school through an ex-offender’s program where she earned a bachelors of business administration and masters of public administration. In addition, she is a certified addiction specialist and supervisor. She was featured in the movie Black Tar Heroin: The Dark End of the Street. She has also been featured by CNN, Anderson Cooper, Vice, the Huffington Post, and the New York Times in addition to freelance work as a writer. Tracey lives in the San Francisco Bay Area with her husband and three children. You can read her writing for the Workit blog, and her writing on her own blog.

Kali: First off, thanks for answering my questions! I’m sure you know you’re a recovery rockstar in the opiates world, so it’s an honor to interview you and have you contribute your thoughts to Workit. Why do you think there aren’t more non-celebrity recovery role models out there?

Tracey: Because of 12 step programs, folks are encouraged to be anonymous. My story is unique in that it has played out in the public eye. While I have had periods where I was less interested in putting my story out there, I feel like for my own sanity it is important for people to know I kicked the habit.

K: You are known for being featured in the movie Black Tar Heroin when you were still using. Is it disturbing to watch now, or was it when you first got sober? Do you have any regrets about agreeing to the film?

T: I think the attention it brought me when it was first released was the only thing I kinda regret. It was just a little too much. There wasn’t much in the way of drug documentaries back then. The movie was one of the most popular programs on HBO that year so people in my hood were offering to get me high and strangers were calling my mom. I don’t regret it because I’ve had so many people say it made them decide to NOT use heroin or it helped them get sober.

K: In your memoir The Big Fix, and in a recent article on The Fix, you talk about the divide between 12-step and harm reduction. You tell the story of your friend Jake, who relapsed and died after being told he wasn’t clean on methadone. The stigma against medication-assisted treatment in some (not all) meetings is an important issue to us at Workit, as we offer buprenorphine for opioid addiction. Many of us, like you, are 12-steppers and harm reductionists. How can those of us out there living in both worlds help to bridge the gap between them?

T: I believe a common sense approach to recovery is catching on. Those who believe that “any door is the right door” to recovery need to be more vocal. If I can educate a handful of people, it creates a ripple effect. There was a time not so long ago when many 12 steppers were against psych meds. Attitudes are slowly changing thankfully.

K: Your username online is Tracey415. 415 is the area code for San Francisco. Can you talk about what the Bay Area means to your recovery? 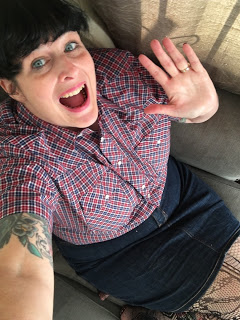 T: The Bay Area is the forefront of evidence based approaches to recovery and has a robust pool of self help groups including 12 step, LifeRing, and SmartRecovery. Not every area is so fortunate. We also have lots of options for folks on Medi Cal. In many states, there is limited help if you don’t have private insurance. That isn’t the case here. I also love that Harm Reduction is a key piece of what we have here.

T: I am not immune to triggers. I just have become desensitized to them in some way. I think that is one of the advantages of hitting what some refer to as a “hard bottom”. I know none of that stuff will work for me. When I get cravings, I try to play the whole tape not just the highlight reel. Plus, I have a whole movie to remind me what it was like.

In terms of interaction with folks that are still using, I try to offer to meet people for lunch in a neutral location. That is really my go to. I generally buy the lunch and talk about things related to the relationship, not the drug use. I have also accompanied people to get naloxone as part of our friend activity. Or I will sit at the doctors office. Houses are off limits.

K: Can you talk about the harm reduction work you’re doing today, and give some basic advice for people who aren’t ready to quit using opiates yet, but want to use safely?

T: I am running a naloxone program with occasional safe injection supplies for folks who have no access. In terms of using safely, naloxone is #1. Using with a person who will save you if you overdose is critical. Fentanyl test strips are great is you can get them. Use new syringes, sterile water. Don’t share supplies.

K: In The Big Fix, you talk about having to check “the box” on a financial aid form, and really having to continually explain your addiction and recovery to people. You say: “No matter what I tried to do, I was constantly having to explain myself to strangers. I could see why people in recovery gave up.” Do you have any advice on how to not get frustrated with the stigma against drug users and ex-drug users in our society? 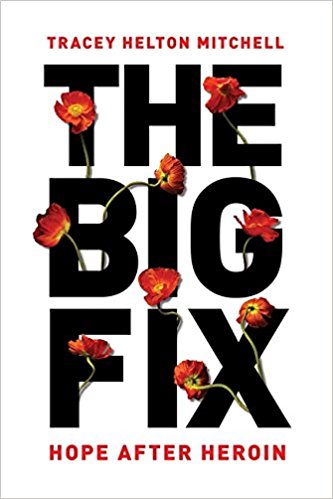 T: I think it starts with addressing our perception of ourselves. There is an old street saying “It’s not what they call you – It’s what you answer to.” If I see myself as a good person rather than a dirty junkie, I am going to be able to roll with things a lot easier. I am not the sum of my past.

K: How has your view of recovery and addiction changed since you began working in the recovery field?

T: I truly believe anyone can stop using if that is what they want. I wasn’t so sure in the past. I also think recovery is different for each person.

K: What things do you struggle with the most today in your own recovery?

T: Depression is a constant struggle. I think that is a common theme among opioid users.

K: Who do you admire most today for their own writing, research, or advocacy on addiction?

T: Ha! the list is too long. Plus I’ll forget to name someone and they will be salty.

K: What advice do you have for people who are struggling, but not ready to get help?

T: My advice is take it day by day without absolutes like “I’ll NEVER quit” or “I’ll NEVER be able to stop”. NEVER is a long time. If you aren’t ready today, okay. When/if you are someday, where can you go to get help. Line up your support.

K: Thanks so much for your time, Tracey!