This is Your Brain on Opioids

Part 1: A Frying Pan of Reward and Pleasure

In the late eighties, the Partnership for a Drug-Free America released its now-iconic series of public service announcements featuring the infamous “This is your brain on drugs” tag line. The basics of the spots were this: an egg is your brain, a hot frying pan represents drugs. Someone cracks the egg into the frying pan. It, well, fries. “Any questions?” a man asks.

Yes. In fact, tons of them, especially since the addiction landscape has changed so much in the last two decades. Still, it was a good start and the heart of the message remains true: simply put, drugs alter your brain. Obviously it’s a little more complicated than the ads implied, and as the opioid epidemic grows and treatment modalities evolve, it’s more important than ever to understand what, exactly, opioids do to our brains–and the long-term effects of opioid use.

In fact, you’re probably at least familiar with the names of two of our neurotransmitters: serotonin and dopamine. The first helps control important functions like mood, sleep, and appetite. That’s why a lot of antidepressants are designed to increase our serotonin levels. Dopamine is also linked to how we think and feel, as well as to our brain’s pleasure and reward centers.

In our systems, we also have neurotransmitters that are called endogenous opioids, which just means opioids that our body produces internally. You’ve probably heard of endorphins, especially in reference to exercise or a runner’s “high.” (Here’s an interesting fact: the term endorphins actually comes from “endogenous morphine.)

These neurotransmitters are our natural stress and pain fighters, but our bodies can’t produce enough of these organic opioids to save us from feeling severe or chronic pain or from suffering from extreme stress. Which is where taking opioids comes in. Opioids basically act like those naturally-occurring neurotransmitters but in much larger quantities. They attach to your brain’s natural opioid receptors and go to town. Opioids flood the brain’s reward and pleasure systems, signaling our brains to block out the pain, lower our stress, and calm us down.

Over time, adding these opioids –whether in the form of heroin or morphine or codeine– actually alters our brain chemistry. According to the Journal of Neuroscience, “the repeated use of opiates induces alterations in neurotransmitter and neuropeptide systems that regulate incentive–motivation and stress–responsiveness. Increasing evidence indicates that the dysregulation of these systems underlies the compulsive use and loss of control of drug-taking that characterizes opiate and other addictions.” Got that?

Just in case that wasn’t clear, here’s the bottom line: repeated opioid use changes our brains at the cellular level. Once altered, our brains literally respond differently to stress and pain. We need more. Our natural opioids aren’t nearly enough. Long-term opioid use also alters the way our brains respond chemically to triggers. We can be triggered to use simply by being around the people, places and/or objects associated with our drug use. So it’s not a matter of willpower or character weakness that we’re triggered when we get around old haunts–it’s an actual alteration in our brains as a result of sustained opioid use.

It’s all pretty daunting, but the good news is that just as opioids have changed our brains, we have the ability to heal them. And that’s what we’ll explore next in our series.

Ready for more? Check out the rest of this series: 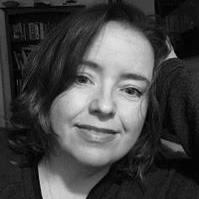