Home > Sober as a Mother: In Celebration of Sober Moms

Sober as a Mother: In Celebration of Sober Moms

This Mother’s Day, four mothers, all in various stages of life and sobriety, are celebrating what recovery has given them.

As my first Mother’s Day approaches, I often stop and stare at my son in wonder, thinking to myself, “Would you even be here if I’d not gotten sober?” And truthfully, I don’t think he would. My life just wouldn’t have played out the same way had I not made the decision to stop drinking 7 years ago. I owe many accomplishments to my sobriety, but he is by far the one I am proudest of.

And I know I’m not alone. For many women, children are their driving force in getting sober, and for some, in staying that way. This Mother’s Day, four mothers, all in various stages of life and sobriety, are celebrating what recovery has given them.

The road to sobriety

Jennifer Aldrich, 44, is a California mother of two — a 12-year-old daughter and 15-year-old son. She first got sober at age 20, and maintained that sobriety for 17 years before relapsing. She drank for about two years before getting sober for a second time, and has now been sober for more than four years.

“I appreciate my kids so much more being sober,” she said. “When I went back out after the 17 years and my kids were young, I thought I was the fun mom. Yet sadly they missed out on so much because of my hangovers or not wanting to take them out due to being intoxicated. Being sober I can get up everyday knowing my kids have the very best of me.”

“Being sober I can get up everyday knowing my kids have the very best of me.”

Miranda Olson, a 25-year-old from Minnesota, recently gave birth to her first child. She stopped drinking in 2017, after a particularly bad blackout. She found that even throughout her pregnancy, alcohol was often brought up.

“A lot of people made jokes that I would really want a drink after my pregnancy, or that I deserved a drink after birthing a baby,” Olson said. “But I was growing a human, and that was cool enough for me.”

Olson says she realizes that in some cases, mothers can drink and balance motherhood in a healthy way. But she doesn’t feel that’s the case for herself.

“I am a better version of myself, and a mom, because I choose to not drink,” she said. “I choose to not embarrass myself in front of others, to not be groggy in the mornings because too many drinks the night before, and I will always be able to drive and come to the rescue if my daughter were to need me.”

Michelle Caron, a 36-year-old mother of three from Colorado, says being sober has allowed the love she has for her children to evolve.
“When I was still drinking, I beat myself up every minute of every day for being a ‘bad mom.’ I mothered from a place of guilt rather than from an outpouring of love. Being a sober mom has allowed me to fully feel all the love I have for my kids,” Caron said. “I’ve always loved my kids—so very much—but alcohol numbed even the good feelings.”

Erin Doyle, a 39-year-old mom of two from Illinois, found herself as a single mom a few years into her recovery. For Doyle, who now has nearly 17 years of sobriety, 12-Step meetings were a saving grace.

“I made sure that I still went to meetings and tried to stay on top of my emotional sobriety,” Doyle said. “It meant my friends and family watching Ronan so I could go to meetings. I had to bring an active 2- or 3-year-old with me when necessary. At one point, I moved in with another sober woman who helped me maintain a stable and fun house for Ronan. Seeing her adult sons made me hopeful for my son.”

Being a single mother prior to meeting her current husband was eye-opening for Doyle, but she says other women in recovery were the ones who led by example.

“In the story of my life, I never expected to be a single mother,” she said. “I fought with the shame and letting go of the stigma of being a single mother. Other women in the program of AA showed me that I could be a dignified and respected woman and mother. My ability to parent to the best of my ability hinged on my sobriety.”

“My ability to parent to the best of my ability hinged on my sobriety.” 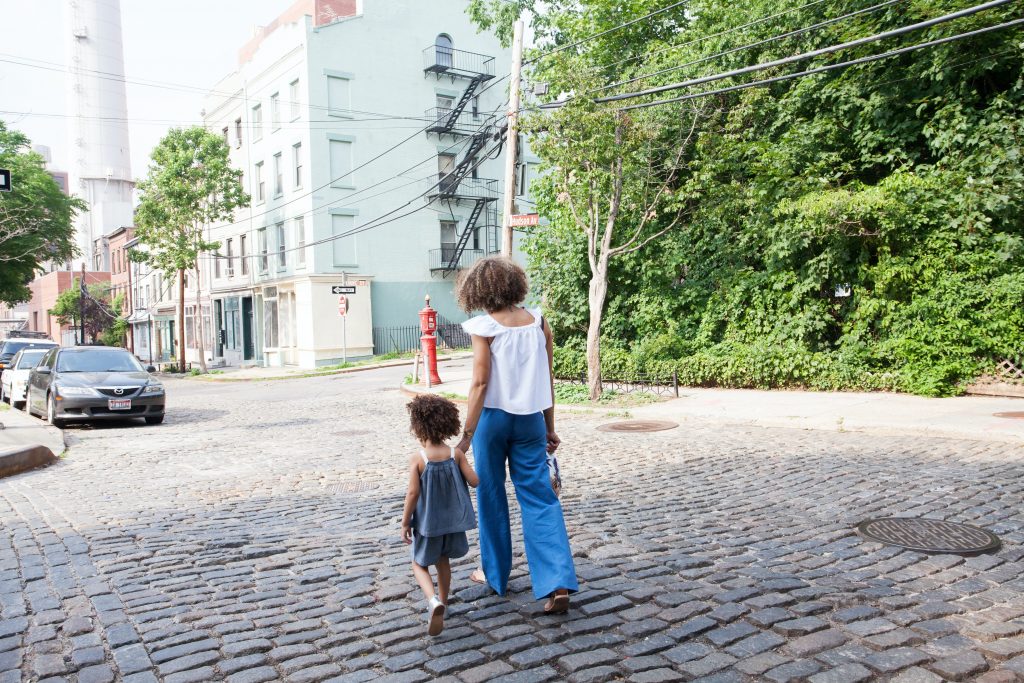 Any of these women will admit that it’s hard to get sober, especially in a world where motherhood is infiltrated with wine glorification. And the statistics show it — according to a study from the National Epidemiologic Survey on Alcohol and Related Conditions, there was an 83.7% increase in high-risk drinking and alcohol use disorder in women from 2002-2013.

But for these women, taking a stand against that portrayal of motherhood has been refreshing.

“For some reason, it is implied that because motherhood is harder than singlehood, we deserve to compensate with alcohol,” Olson said. “I mean just walk through Target and look at all the women’s apparel that has some reference toward drinking or wine. It feels exclusive to the people that don’t associate motherhood with alcohol.”

For mothers who are trying to get sober, the best advice Doyle can give is to keep your children at the forefront if they are a motivator for you.

“People say not to get sober for other people, but I have stopped myself from harboring the thought of drinking because I knew the pain it would bring my children,” Doyle said. “If it takes getting sober for your children, use them as the inspiration.”

For Aldrich, a good reminder of why she is sober comes from checking in with her kids and having honest conversations about her drinking.

“It is incredibly difficult in the beginning, yet so gratifying knowing you are living and available.”

“I would tell them (other moms) to check in with their kids and ask them how they like not-sober mom,” Aldrich said. “My kids were so honest and told me how scared they were watching me puke each night and sad that I was not there for them. It is incredibly difficult in the beginning, yet so gratifying knowing you are living and available.”

Olson notes that for some mothers, social media can be a helpful tool.

“Three weeks after I decided to quit drinking, I posted on Facebook and Instagram, and I found a lot of support, and a lot of skepticism,” she said. “But it held me accountable. I believe that social media is a community, and I was relying on that community to hold me accountable. And what I found, that instead of being alone with my struggle, I had friends and family jump to support me.”

In the end, the women say, it all comes down to connection and the acknowledgment that you don’t have to do it alone.

“You will be amazed at the ripple effect healing yourself will have on your entire life and those around you,” Caron said. 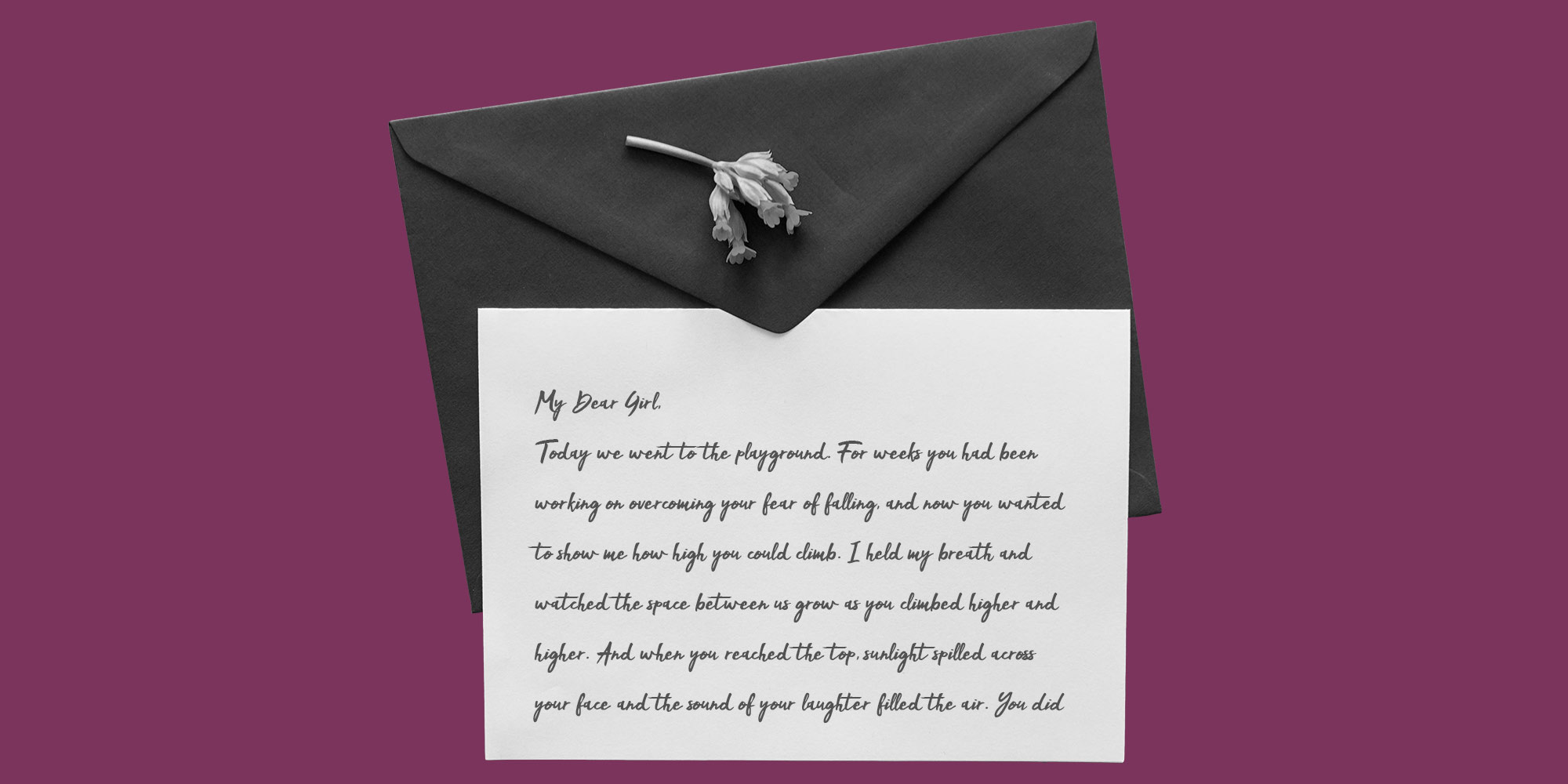 Recovery Through My Lens: The Journey Home