Kicking Addiction To Become A 'Warrior On Purpose': An Interview With Kip Shubert

An Interview with the Founder of Warriors On Purpose, a Program to Help Addicts Find Meaning in thier Lives

Kip Shubert, 49, of Tulsa, Oklahoma, lost his car, house, and the respect of almost everyone he knew before the threat of losing his job as a middle school social studies teacher—and custody of his own children—finally pushed him to seek help. At first, he thought he’d just learn to drink normally, but over three years later, he is still completely sober and uses his experience to speak to students in schools around the country and coaches adults about finding meaning in their lives through his organization Warriors On Purpose. Of course, he still remains teachable himself.

>> What were some of the signs that signaled a drinking problem?

I used to run from financial, parental, or relationship responsibilities because I had such a poor self-image. Learning to tackle just monthly bills and a budget without manipulation and procrastination was a mountain I was afraid to climb. I began to miss my kid’s activities, shorten our visits together or cancel them altogether, and my oldest son started having to take care of me instead of the other way around. I’d even call him for rides home. 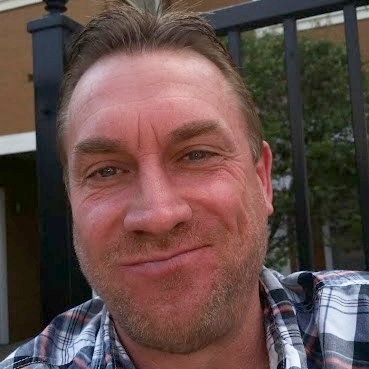 >> Where did you go to get help, and what were you expecting when you got there?

I went to Valley Hope in Cushing and knew very little about alcoholism or 12-step recovery. I didn’t think I was going to give up drinking altogether, at first—I thought there would be classes I could take that would teach me how to drink responsibly, or that perhaps there was a magic pill that would do the same. I never imagined I would completely stop, but that changed during my third day at rehab, when I got the news that I had lost custody of my youngest child. I realized that drinking seven days a week had cost me the most important thing in my life. I hit my knees, crying uncontrollably in the chapel, and uttered one word, “help.”

>> What exactly is a “Warrior on Purpose”?

It is a person who learns to overcome life’s adversities while fulfilling their purpose. For me, the biggest battle was saving my family dynamic, and it was something that I fought for daily. I want to use my own struggles to help people see exactly why they’re ‘here’ and how they can find and fulfill their potential. I speak to youth groups, school groups, and recovery groups sharing about the danger of alcohol and drugs, and, sometimes, I talk to these kids about owning their future, taking responsibility for it, and finding their own “why.” At one of these events, a young man raised his hand and said he felt he was here to protect his family and planned to be join the military so he could always keep them safe. That moved me very much.

>> We hear a lot about how recovery presents unique and specific challenges and opportunities for women, but what about men?

There is still that label that men are supposed to be the strong silent type, keeping our emotions inside and showing that tough exterior, which I think may be more prevalent in areas of the country that are more conservative. Becoming vulnerable and completely honest requires us to really open ourselves to self-reflection, and that can be a real challenge. It is not the “cool or manly” thing to do, but our egos are part of what keep us in the addiction mindset, and we learn that we have to totally lose that ego. It’s a difficult thing for any human to do.

>> What would you say keeps you most grounded today, after three years of sobriety?

My number one tool is my morning meditation and reading. I spend at least an hour and a half doing this before I start my day, even though I’d never been a get up early person until recovery came along.

>> Are there any general misconceptions overall about men in recovery that you’d like to clear up once and for all?

That we all get to this point because of something bad we have done. Many times it is childhood trauma or another tragedy that we just did not know how to handle or cope with, and, over time, it develops into a monster inside of us that we can’t tame. Drugs and alcohol become a way to survive, not a lifestyle. 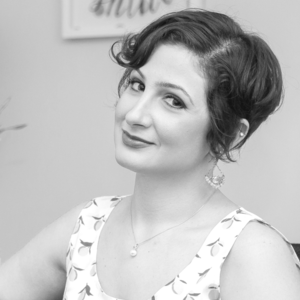 Tagged: how to quit drinking, interview

How I Rejected Diet Culture for Good

Amy Dresner, the author of 'My Fair Junkie,' gets