Michael Venn is a director and producer whose background in music led him into the film world. He made his writing and directorial debut in 2010 with the short film “Dark Scribbles”, which premiered in the short film corner at the 2010 Festival De Cannes and was an official selection at film festivals across the country. In 2012, Michael went on to produce and co­-direct the award winning feature documentary “In Danger of Being Discovered”. Michael’s latest project is the feature documentary film “The Heroin Effect”, inspired by the opioid crisis that is currently plaguing the United States. He was nominated for a regional Emmy® at the 39th Boson/New England Emmy Awards for the PSA “It’s Time. Let’s Talk.” And most recently Michael won the New Hampshire Filmmaker of the year award at the 2017 New Hampshire Film Festival. 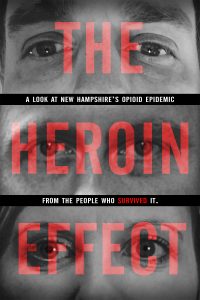 Why Michael Venn Created His Documentary the “The Heroin Effect”

My hope is that The Heroin Effect helps to spread awareness and shed some light on the opioid crisis that our friends, families, neighbors, communities, and our country as a whole is facing.