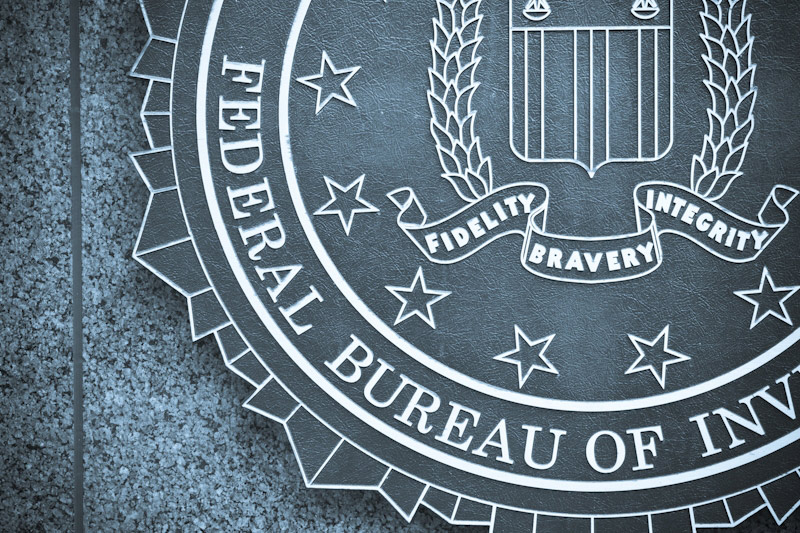 Michigan’s Opioid Epidemic Tackled From All Directions By Detroit FBI

Combatting Michigan’s opioid crisis involves a myriad of efforts and a number of agencies, from law enforcement to health care systems to addiction recovery initiatives.

Working hard among them is the FBI’s Detroit Division.

Maureen Reddy, Assistant Special Agent says the FBI approaches Michigan’s opioid crisis from a few different angles, most of them focused on stemming the supply of opioids to the state’s citizens and beyond.

One key perspective, she says, is the agency’s focus on healthcare fraud. “We look directly at doctors who are unnecessarily providing prescriptions [for opiates],” she says. The agency looks out for “pill mills,” doctors offices, clinics or pharmacies that sell medically unnecessary prescriptions, often for cash.

Reddy points to the agency’s bust earlier this year of the Meghnot Comprehensive Center for Hope in Pittsfield Township. Positioning itself as a pain management clinic, the center generated approximately $4.5 million in revenue from opiate sales between September 2011 and March 2015, according to the Department of Justice. The center was responsible for the dissemination of 1.5 million oxycodone pills, as well as other drugs.

Michigan’s opioid problem doesn’t stay here, either, notes Reddy. She says Michigan plays an important role in the opioid epidemic in other states: “Often times, those opioids are then sold on the street [but] often they’re trafficked down to West Virginia, Ohio and Kentucky.”

Which brings Reddy to another of the FBI’s efforts to end the opioid crisis in Michigan.

“We also look at the street gangs,” she says. “Not only do they traffic opiate pills down to other states, but they also traffic heroin. If there’s money to be made, they’re going to try to make it.” She notes that gangs also are tied to pharmacy burglaries, another way opioids are funneled to the streets.

One more strategy for the FBI is cracking down on foreign sources of drugs. “The heroin generally comes up from Mexico,” she says. In recent years, the agency has also seen an increasing influx of fentanyl and carfentanyl. “The fentanyl is coming in two ways: across the border from Mexico and from China in the mail.”

Reddy says the more the opioid crisis grows, the more it commands a high proportion of the agency’s resources. “We do not have enough resources to address the problem as it is right now because it’s coming from so many different directions,” she says, noting the agency’s concentration has shifted more towards opioids in recent years. “It’s become a main focus. Heroin sort of went away in the 90s when cocaine took over.”  Now, Reddy says, heroin is back and while she doesn’t have an exact timeframe for when the pain pill epidemic hit, she considers it the gateway to the return of heroin.

The epidemic not only changes the FBI’s focus, it also alters the way the agency approaches busts. “It has absolutely changed the way we approach search warrants,” Reddy says. The presence of super strong drugs like fentanyl and carfentanyl require special approaches for agents. “We’ve started to carry Narcan. We carry gloves and masks and if we think there’s fentanyl involved, we don’t open it and test it at that point in time.”

And although Reddy’s office is in Detroit, she knows the problem is statewide.

“There’s no part of this state that has not been affected,” she says. In terms of areas of Michigan that have been hardest hit, Reddy says it’s usually in keeping with population size. “Generally, the larger places have the larger problem.” But she also acknowledges that some of the smaller areas in the state also are hard hit and notes it’s hard to trust statistics because they’re often incorrect – usage is difficult to rack and overdoses are under-reported.

Still, she says, it’s the end user, the addict, who is affected the most. “We arrest bad people. Our job is to get the bad people off the street, whether it’s a doctor, a Mexican drug dealer or a [drug] courier.” But the agency is also involved in community initiatives aimed at education and prevention. “We deal mainly with the other end, but the DEA has put together this initiative in Wayne, Oakland and Macomb counties with the Detroit Wayne Mental Health Authority.” The effort brings town hall meetings to communities to discuss the epidemic.

In addition, in partnership with the DEA, the FBI produced a short documentary film entitled Chasing the Dragon: the Life of an Opiate Addict, which gives a raw and real look at the impact of opiate addiction on the lives of individuals. “They go to community groups and show this film and then have question and answer sessions.” Reddy says. “People are really concerned….People really want to learn to identify the signs of opioid abuse.”

Reddy hopes the medical community will play an even greater role in combating Michigan’s opioid epidemic.

“I’d like to see the medical community come out and educate people from their vantage points.” She would also like to see the state’s mental health system get better at treating illnesses often associated with addiction. “It’s ground-level stuff,” she says.

Asked if there is an end in sight for the opioid epidemic in Michigan, Reddy can’t say.

“We need to fix the problem of having an end user,” she asserts. “If that question can be answered, just think how many issues we can solve. People need to really focus on how do we get it to a point where there is no addict?”