Home > Blog > Addiction and Incarceration in America: End the Stigma

Addiction and Incarceration in America: End the Stigma

This series isn’t only my own story. It’s the story of others personally affected by addiction and incarceration.

This is the story of 500,000 people who are currently living behind bars for drug-related crimes. It is time to stop silencing the voices of those affected by addiction and incarceration, because we are so much more than the stigma we face. We are advocates, parents, siblings, significant others, and friends. More than that we are human. And we are worthy of ending the stigma.

My experiences have led me to pursue a career in social work so that I can help people understand these issues. I’ve learned the judgment I faced for my experiences comes from the fear of not understanding it, and of dehumanizing the faces behind these experiences. I’m here to humanize these faces so that we can begin to create a more welcoming world. Last year I became involved with an organization called American Friends Service Committee, which advocates for people who feel that their human rights are violated during their incarceration. At AFSC, I have been able to share my story and learn the stories of others affected by the same issues. We want to share our stories because we know firsthand how our justice system deals with addiction. We’re certain that the future and prosperity of our country depends on changing this system.

The power of connection.

One of people that I have learned a great deal from is my boss, Demetrius. Demetrius leads a program called the Good Neighbor Project through AFSC. The Good Neighbor Project is a co-mentorship program where free-world individuals and Michigan prisoners who are serving Life or Long Indeterminate sentences exchange letters or emails. This correspondence can develop strong, meaningful relationships that are meant to promote transformation, redemption, and healing. Demetrius has been one of my greatest mentors during my graduate school experience. He is selfless and encouraging beyond words. He would give the shirt off his back to help someone. I have come to know him as someone that makes the work place fun. Whether we’re debating criminal justice issues, cracking jokes and teasing each other, discussing his two year old son, or if he’s giving me advice about some aspect of my life, there’s always something to look forward to.

When we conduct Good Neighbor Project trainings together, there comes a part in the training where I always have to shake my head in disbelief. During our training, Demetrius reveals to new participants that he spent eighteen years incarcerated in the Michigan Department of Corrections. It’s hard to believe that someone who is a successful hotel manager, group facilitator, pastor, husband, father, and mentor spent two decades of his life behind bars. Every time I hear his story, I have to admire him for his resilience, persistence, and life changes.

Aside from helping facilitate trainings for the Good Neighbor Project, I am also a participant with my own co-mentorship. My co-mentor is Marquis, who is currently incarcerated within the Michigan Department of Corrections, where he faces eleven more years of a thirty year sentence. Demetrius matches co-mentors based on similar questionnaire answers, and this could not be a more perfect match.

Originally, Marquis and I bonded over the similar hardships in life that we shared—the things that made us feel isolated. It was like we just clicked and were easily able to open up. Whether it be about having an incarcerated parent, experiencing the death of our mothers—both at age twenty—or growing up in poverty, we were able to discuss our issues. We found a shared connection in our pain, anger, and embarrassment that allowed us to build a sense of trust so we could explore these feelings.

When we opened up, we continued to find similarities. Although we mainly discuss criminal justice issues, we also have taken the time to learn about things that make each of us ourselves. For instance, we both grew up with a family tradition of decorating our Christmas trees with popcorn strings instead of tinsel. We’re both the youngest sibling and have cherished family recipes that were passed down to us.

Meeting Marquis has been an eye-opening experience because together, we have grown. We spend a lot of time focused on encouraging each other and creating a positive perspective in our lives because we both hope to be an advocate for societal change. Talking to Marquis is like talking to any other person I have a relationship with. I know that he is a movie buff with a love for video games. We’ve even discussed types of video games to create, and his creativity and wit are unmatchable. He is quirky, fun-loving, and spontaneous. I have learned from him how be be better at going with the flow and make the most out of whatever situation I am given. 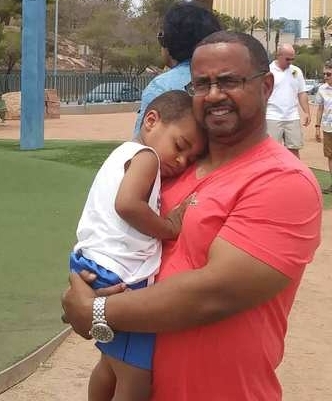 Demetrius’s story is all too common for people who grow up in poverty. Demetrius was born and raised on the West side of Detroit where he says drugs were a part of everyday life. In his own home, he watched his father return from the Vietnam war addicted to drugs. He said because of this, he always tried to stay away. But as a 20-year-old, he found that paying for school was harder than he thought.

Demetrius turned to how everyone in his neighborhood was making money: by selling cocaine. He said that he never really thought about the consequences. Caught up in the act, he never imagined he would get a harsh punishment if he were caught. After all, he never had any sort of record before, and he was a college kid. His intent was to sell drugs to get off of the street and get a degree so that he could leave the lifestyle he knew behind.

Demetrius did end up getting caught. Two judges in Oakland County refused to sentence him because they were not in agreement with the federal mandatory minimums around drug crimes. The mandatory minimums at the time called for “natural life,” meaning he would spend his whole life in prison. Instead, the judge sentenced him to thirteen-sixty years. The county was not satisfied with this and appealed it. He was then sentenced to two counts of natural life. Demetrius felt that there had to be something he could do about his situation since two judges refused to sentence him. He became an advocate for himself and studied law.

During his incarceration, about 70% of people he came in contact with were struggling with addiction, and their crimes had something to do with that struggle. Like Demetrius, many of them came from poverty, and he believes poverty did this to them. Sixteen years into his incarceration, mandatory minimums changed for first time, nonviolent offenders like Demetrius. He drafted up his own commutation and sent it to the parole board. After approving it, they sent it to the governor. After processing and eighteen years behind bars, he was once again a free man.

It wasn’t easy for Demetrius to re-enter the free world. There was a point where he didn’t want to face society because of its lack of forgiveness. Once you are incarcerated, the title follows you for life; we brand ex-cons as “second-class citizens.” Demetrius is currently an advocate for prison reform. He believes there is a need for a social structure where laws are carried out and implemented, but that the time should fit the crime. For Demetrius, it seems society believes in cruel and unusual punishment for those with drug crimes, as not providing the necessary resources for change is cruel and unusual.

Marquis: Addiction As A Way Of Life

Marquis has 11 years left before he reaches the earliest possible release date for his sentence. He attributes drug use to his incarceration. If he had not been under the influence of drugs and alcohol, he may have been able to use some rational thinking instead of reacting to a situation with violence. Without his substance use, he feels like he probably would not be incarcerated.

Drugs were a regular part of Marquis’s upbringing. He feels like his whole life has been filled with drugs and alcohol. Being the baby of the family, his earliest role models were his sisters and mother. His sisters drank and smoked marijuana and his mother drank, smoked marijuana, cigarettes, and used crack/cocaine. Marquis followed their example and started drinking, using marijuana, and smoking cigarettes at the age of twelve. It was the lifestyle he knew. Even though his mother did not want him to take this path, she was too caught up in her own addiction to punish him. When his mother passed away from an overdose, he was angry and hurt, and fell even more heavily into using substances.

Addiction has always impacted Marquis’s life, and he believed it was the sole reason his family was torn apart. It not only introduced him to a world of substance use, but also to violence. As his use increased, he started to be pushed in a different direction; away from his hopes and dreams. His marijuana use escalated to the use of ecstasy. Through buying and selling drugs, Marquis witnessed violent acts daily. There were a lot of disputes over selling territories, drug sales, and a lot of angry reactions from the drugs themselves. Marquis said as he fell further into this world, he became numb to this violence. It became normalized. Mixing this mindset with dangerous substances, he found himself in the worst situation he has ever experienced.

Now Marquis lives his days in a correctional facility. He feels like substances led him to a life he never imagined. Living his life drunk and drugged up made him spiral out of control faster than he could keep up. Now he spends his days reflecting on the past. He knows that he is better than the choices he made and the way his life turned out. What he needed was someone to keep him on the right path and genuinely take an interest in his well-being. He did not have anyone like this, and instead idolized and imitated drug users. Knowing first-hand about the power of addiction, Marquis feels like this should affect the consequences. He believes that if addiction played a role in the crime, a lighter sentence and a form of rehabilitation should be imposed.

Instead of solving our country’s addiction problem, we’ve become a society that disregards millions of people with an addiction—people that need help. As a result, many people are spending long terms in our prisons, without access to the resources they need. Prisons aren’t just filled with criminals; they’re filled with untreated addicts. I have one last thing to say: it is time to speak up and do better.

Carolyn Mirretti is a social work intern at Workit Health and will be graduating with her MSW from the University of Michigan later this month. She is passionate about using research and other methods of data collection to create effective interventions for disadvantaged populations. She is specifically interested in working with youth who are at-risk or have a history of involvement with the criminal justice system.

Sign up to receive 30 days of free daily text inspiration for your recovery. Tips, tricks, hacks, and more!

Real Signs I Had a Drinking Problem

One Simple Trick for Managing My Cell Phone Addiction