Like most Michigan Counties, Washtenaw County has been working hard in recent years to tackle the crisis of the nationwide opioid epidemic.

Statistics like these are, by necessity, changing what it means to be a first responder in the county. Once, naloxone—a drug, administered as a nasal spray, that reverses the effects of opioids—was strictly the domain of EMTs and doctors. Now it’s in the hands of a variety of citizens, including trained homeless shelter staff, librarians and, of course, police officers.

At the heart of this movement is the Washtenaw County Sheriff’s Office.

Lieutenant Lisa King has been spearheading initiatives to help the department better tackle the growing opioid crisis. Under her guidance, in August 2014, the department partnered with the University of Michigan School of nursing to train all Washtenaw County sheriff’s offices to carry and administer naloxone.

Police Services Commander Marlene Radzik says allowing officers to provide naloxone to opioid overdose victims is crucial. “Many times we would be the first responders and watching someone in an active overdose and we couldn’t do anything about it,” she laments. “To date, we have not only trained Washtenaw County Sheriff’s Office but also all the police departments in Washtenaw County have been trained.” The ultimate goal is to have every officer in Washtenaw County trained.

Radzik notes that supplying officers with naloxone and training them in its use was only part of the education provided to police officers to best help them deal with opioid addicts. One piece missing was what she calls “the compassion factor” – in other words, the human element of the opioid epidemic. To remedy that, recovering opioid addicts were brought in to help give a human face to the epidemic. “It was very valuable to have someone from Home of New Vision come in and share with the deputies and tell them, ‘I was that person you saved, but now I’m X many years into recovery,’” Radzik says.

Training police officers to administer naloxone isn’t the only initiative the county is undertaking.

Radzik describes the frustration of seeing opioid addicts saved from an overdose then released from the hospital without any follow-up resources for long-term care or treatment. “I was so shocked to see that once they’re vital, stabilized, they just let them go from the hospital. They get a drug test, but what resources have you offered?” she says.

Aiming to meet that need is the brand new ROOT – Recovery Opiate Overdose Team – a community partnership established this summer as a joint collaboration with the Washtenaw County Sheriff’s office, Washtenaw County Mental Health, Community Mental Health Partnership of Southeast Michigan, and Home of New Vision, all working in cooperation with St. Joseph’s Hospital and the University of Michigan Health System.

According to ROOT program manager Elissa Spangler, the primary goal of this unprecedented collaboration is “to be the first line of response, to meet [people who have overdosed] where they’re at and try to get them into treatment.”

Now, when an overdose occurs in Washtenaw, the sheriff’s office and/or the EMTs notify Spangler, who is on call 24/7, to meet them at the hospital or the site of the overdose. (Radzik says all overdose victims administered naloxone are automatically taken to the hospital.) There, ROOT performs an on-site assessment and works to release overdose survivors into a safe setting that provides them with treatment and support, including access to shelters, treatment centers, withdrawal management and mental health resources.

Radzik says this is all necessary and overdue.

She describes the changes she’s seen working with the Washtenaw County Sheriff’s department for 20 years. “For me, it’s been pretty devastating. When I started working road patrol, I actually did a couple years undercover as a narcotics detective. At that time—1998 to 2000—what I saw then was powder cocaine, crack cocaine, maybe marijuana, not too much heroin. It was probably around 2010, I saw this shift where I was responding to a lot of overdose deaths involving younger kids, I’m talking 15 to 21.”

“It was so disturbing for me, of course, having six girls myself…to see these young kids. You go into the house and there’s nothing you can do, ” Radzik continues. Previously, she says, most of the drug deaths she saw were from long-term users dying as a result of their ongoing, habitual lifestyles.  “So I finally got enough courage to start asking people, ‘How did your 20-year-old turn to heroin?”

“Every single parent said it started when their son or daughter was either in a car accident or had a sports injury. They went to the doctor and were prescribed Vicodin.” Many of these kids, Radzik says, then became addicted and, when their supply ran out, started buying pills from the street. But pills are expensive and heroin offers addicts an even cheaper fix.

Radzik notes that, in keeping with national trends, she is seeing an uptick in overdoses tied to fentanyl, a synthetic opioid up to 100 times more powerful than heroin. In fact, fentanyl was involved in 2/3 of Washtenaw County’s overdose deaths in 2017. She says the county’s also starting to see carfentanyl (another synthetic opioid, this time 10,000 more times powerful than morphine) creep in over the past five or six months.

“This past March has been the highest overdose deaths ever in Washtenaw County,” Radzik says, pointing to statistics in the August 2017 Opioid Report from Washtenaw County Public Health. The report also states that there were 175 opioid overdoses in 2015 in Washtenaw County, 251 in 2016. And 2017 has already seen 200 overdoses. “And that’s only through July,” Radzik emphasizes. “We’ve never had anything like this. We are at epidemic levels.”

While the nation’s focus is squarely on the opioid crisis, Radzik says, “It’s really important that we remember that when you combine drugs there’s a higher likelihood of an overdose.”

Despite the statistics pouring in from Washtenaw and other counties in Michigan, Radzik seems heartened by the efforts of the county, its responders and its citizens to tackle the opioid crisis. She points to success stories, lives saved by a wider range of first responders administering naloxone, and secured funding for ROOT to help Michigan’s opioid addicts seek help beyond the doors of the county’s hospitals. 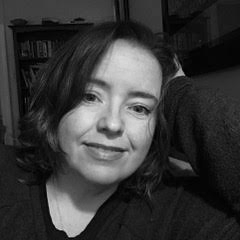