Sex, Drugs, Rock’n’Roll & Recovery: The Must Read Memoirs from 8 Musicians Who Survived Addiction

Addiction recovery is possible, despite rock’n’roll stereotypes. 8 of the best memoirs by musicians in recovery.

The list of famous musicians who have tragically succumbed to the rock and roll lifestyle is endless and cliched. It’s easy to get caught up in the stories of those who died far too young as a result of their excesses out of some sort of morbid curiosity. On the other side, there are those tales of hope and redemption, of those who overcame their addictions and survived. We have a roundup of 8 memoirs by famous musicians who went pretty far down the rabbit hole of their affliction and managed to turn things around. 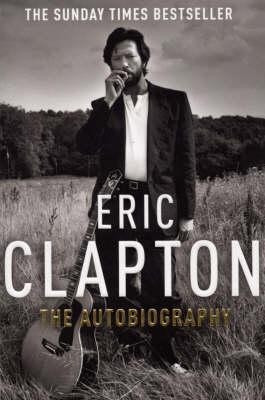 Eric Clapton is a world renowned singer, songwriter, rock and blues guitarist, member of the Yardbirds and Cream.

“My second visit to Hazelden was, on the face of it, much like the first, but, on a deeper level, it was very different. This time I had no reservations about why I was there—I had tried to control my drinking and failed—so there was no more debate, no more gray area for me. Also, my life had become very complicated and completely unmanageable during my relapse. I now had two children, neither of whom I was really administering to; a broken marriage; assorted bewildered girlfriends; and a career that, although it was still chugging along, had lost its direction. I was a mess.” 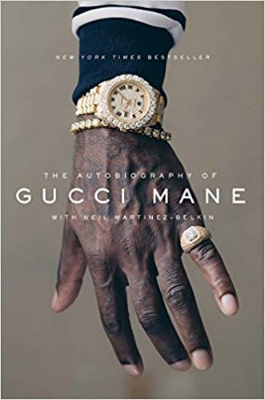 2. The Autobiography of Gucci Mane by Gucci Mane and Neil Martinez-Belkin (2017)

Gucci Mane is a rapper and pioneer of trap music.

“In the beginning, lean [soda mixed with codeine-based cough medicine] had been something special, a vice I enjoyed. An indulgence. Now it was something I required to operate. My fame was at an all-time high, and these pints helped me calm down and relax in situations where I would otherwise feel anxious, like a big performance or a radio interview where I knew I’d get asked about some shit I didn’t want to talk about.” 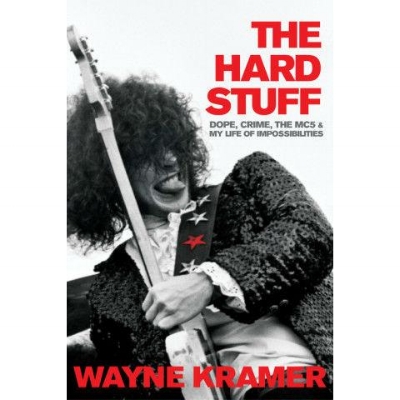 Wayne Kramer is the co-founder of Detroit rock group the MC5.

“By the mid-’70s, I had been on the fringe of the criminal underworld for years. Ten years prior, before the era of the hippy pot dealer, if you wanted to smoke reefer you had to know somebody. Some of these fellows were real Damon Runyon characters: Freddy the Waiter, Smooth Paul. Crime had an allure for me. I have always identified with and romanticized outsiders. It’s rock ‘n’ roll: being a rebel and all that. I read most of Donald Goines’ black gangster novels, Burroughs’ “Junky,” and dozens of other books about organized crime and lowlife dope fiends. I identified with them, and they became my new idols. The regular world had betrayed me, so I went to a new, harder, darker, sexier world where wrong was right. An upside-down world where stealing and pulling a successful scam was admired, and getting up and going to work was for chumps.” 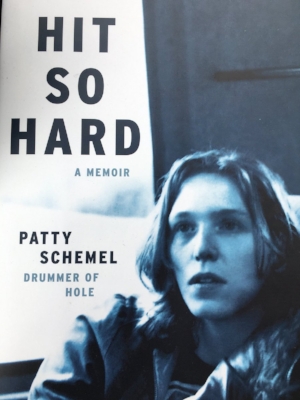 Patty Schemel is the former drummer for Hole with Courtney Love.

“That fall, Larry would become my first drug buddy. We liked the way smoking pot made music sound like we were swimming in an 8-track. That sealed it for me; I needed the daily ritual of substance abuse and rock ‘n’ roll. Vodka and Coke in my collectible Looney Tunes Tasmanian Devil glass went best with the swirly phaser breakdown of “Whole Lotta Love.” Thank God the two coincided in my life while I was still young. What a waste of music not to take drugs!” 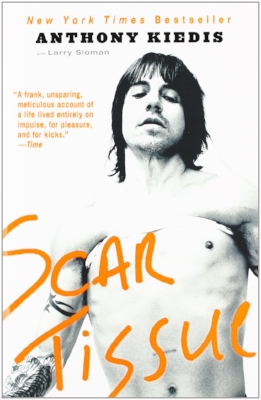 Anthony Kiedis is the lead singer and songwriter for Red Hot Chili Peppers.

“The good news is that by the second year, those cravings were about as half as frequent, and by the third year, half as much again. I’m still a little bent, a little crooked, but all things crooked, I can’t complain. After all those years of all kinds of abuse and crashing into trees at eighty miles an hour and jumping off buildings and living through overdoses and liver disease, I feel better now than I did ten years ago. I might have some scar tissue, but that’s alright, I’m still making progress.” 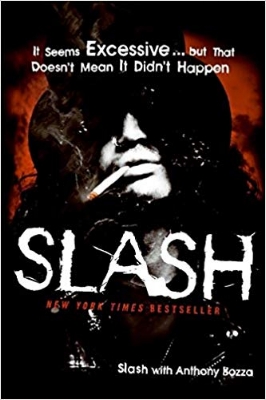 Slash is the original lead guitarist for Guns N’ Roses

“I wasn’t fine. But I was almost ready to admit it. I knew that my debauchery needed to end. I had planned to get some space from my wife and from my band after I’d allowed myself those predetermined four months to let it all hang out; I knew I was in need of some solace and quiet. And I got it. This time rehab turned out to be really good for me, because this time I surrendered. First I kicked the drugs, then I cleared my head and did some work on figuring out why I liked to put myself in the same position over and over again. Early in the morning of July 3, 2006, I checked into rehab. I did a full thirty days, I fully surrendered…I learned more about myself than I ever thought was possible. And of this writing, I’ve been sober ever since.” 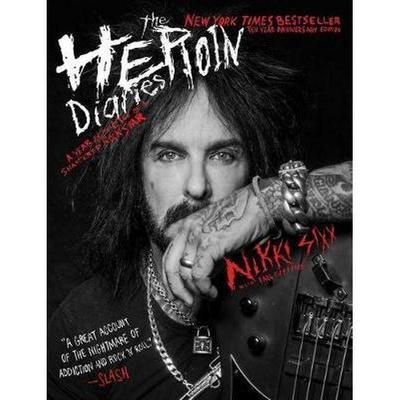 7. The Heroin Diaries: A Year in the Life of a Shattered Rock Star by Nikki Sixx (2007)

Nikki Sixx is the co-founder and drummer for legendary rock band Motley Crue.

“There is something about spending Christmas alone, naked, sitting by the Christmas tree gripping a shotgun, that lets you know your life is spinning dangerously outta control.” 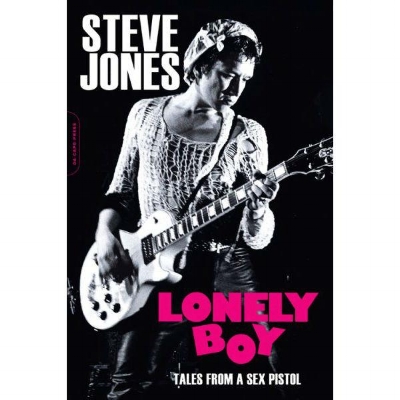 Steve Jones is the guitarist from notorious punk band The Sex Pistols.

“Even now I’ve been sober twenty-five years, I still wake up kind of miserable a lot of the time, but I don’t think you’re ever going to think, ‘Everything’s gonna be great from now on, because I’ve discovered the true meaning of me.’ I’m just happy not to be loaded. To that end, I do a lot of talks and sponsor a couple of other people as well, which I get a lot out of. Plus I still go to four or five meetings a week. I get there early and I thank the speaker afterwards.”

Many famous musicians struggled with various addictions, but many were also able to recover and went on to produce a lot of great music instead of falling victim to the stereotype. Their stories serve to provide strength and inspiration to others on a path of healing and health.

Ready to start your own journey to recovery? 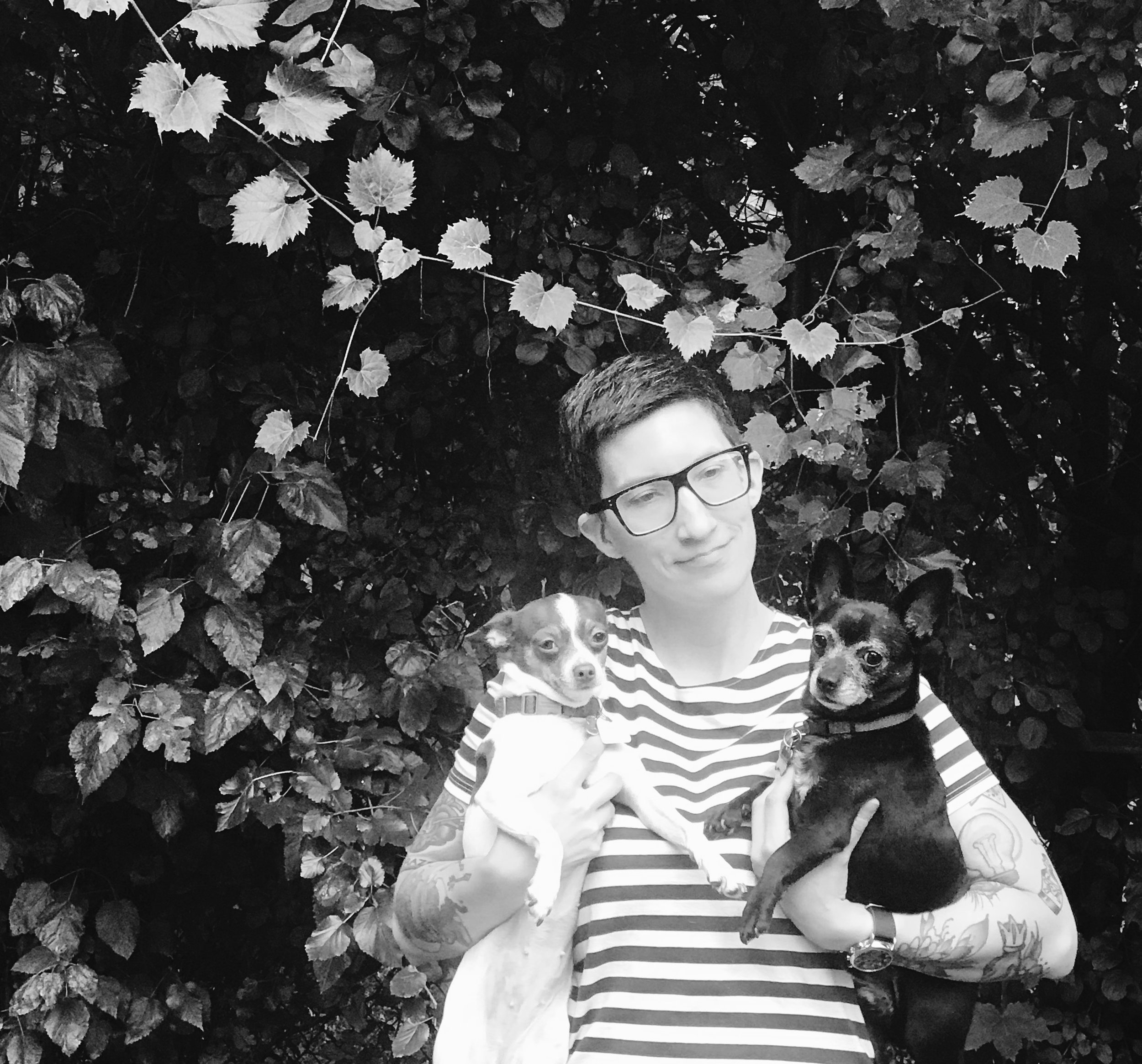