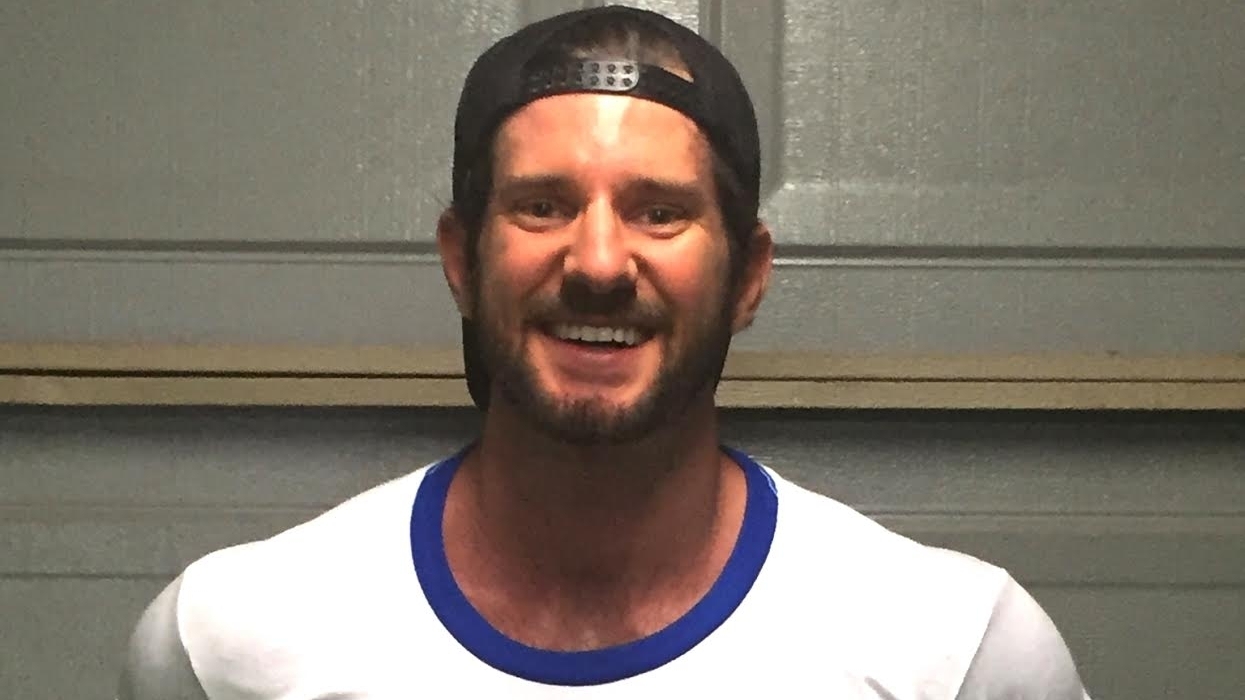 Taking It ‘One Rep At A Time’: An Interview with O.R. Marv

An Interview with the Founder of One Rep at a Time, a Website for Staying Heathy while Recovering

“One Rep” Marv, 31, of San Diego, California says he found his purpose after a decade-long battle with addiction: spreading the message that since addiction affects us mentally, emotionally, spiritually, and physically, our physical health must be addressed through fitness and proper nutrition. After three years sober, he quit his day job and started his own company, One Rep at a Time. His goal is to help people take the best possible care of their body once they’ve laid down a strong foundation of recovery. And oftentimes to eventually help them kick sugar. We chatted with Marv about how he thrives in recovery.

What was it that finally kept you sober after so many failed attempts?

Even as a young child, I felt uncomfortable being me. I ran on self-loathing for so long it seemed like my natural state of mind. By the time I reached adulthood, I had developed issues with drugs and alcohol. I had tried everything from outpatient rehab to $30,000-a month-inpatient rehab to break it. Over the course of eight years, I had also been to psych wards and tried other types of therapy. But because I would pick and choose which part of any given program I felt like following, they didn’t work. I just wasn’t entirely convinced I was an alcoholic or addict that needed to follow a 12-step program. I thought things had only gotten so bad with my addiction because of certain events in my life. Surely they would cause anyone to drink or use, I thought. In June of 2013, it became clear that drugs and alcohol were no longer working like they used to. The only place left to turn would be to start using drugs intravenously, which would certainly kill me. So I came to terms with the fact that if I wanted to stay alive, I had to commit to changing or I’d be dead within a month.

What was it that finally clicked?

I left my jeans at my girlfriend’s house and somehow “forgot” there was a painkiller in the pocket. She confronted me over the phone after finding it. I got angry and claimed it wasn’t mine, but deep down I knew that my run was over. I quit my job, moved out of my house, and put all my possessions in storage. The next day I entered the most challenging treatment program I could find. It was a residential, short term, intense behavior modification program where I stayed for 118 days of inpatient treatment. I then completed six months of outpatient. Graduating from that program did more for me than graduating from college and earning a degree in Kinesiology a few years prior.

What felt different when you left?

I walked out of that program a changed man. For the first time in well over a decade I felt somewhat comfortable in my own skin. While I had not yet learned to love myself, I could admit I was starting to like myself. In that program I learned that because I had zero identity resulting in zero self-esteem, I had never allowed myself to have anything positive. This explained why I self-sabotaged everything good in my life up to that point. Not only that, I finally was starting to taking responsibility for myself and my actions instead of blaming other things.

What was your relationship to your body and fitness like before June of 2013?

I used my body, my workouts, and the type of food I ate as a way to assign ‘morality’ to myself. Either I was ‘good’ or ‘bad’ based on how I ‘performed’ in those areas. I am a perfectionist, but I was also drinking and using daily. So I failed to meet the unrealistic expectations I had set for myself. I would beat myself up mercilessly to the point of panic attacks, nausea, and flat out depression. Fitness became something that controlled me in a negative way, which took the joy out of the experience. I was incapable of accepting compliments and focused on my perceived shortcomings instead of giving myself credit for my improvements. I used my outside to define my inside, and I was never satisfied with what I saw.

How has that changed?

I discovered that exercise was my favorite form of meditation and self-care. Fitness now empowers me. It helps me treat myself well, and allows me to work through the frustrations of daily life in a healthy way. My workouts used to be angry experiences, but today, they are filled with positive energy, enjoyment, and catharsis. Outside of meetings, daily exercise is the single most important tool I have in maintaining my emotional stability. The whole purpose of starting One Rep at a Time was to share this discovery with others in recovery and spread my message.

Tell me more about your company.

One Rep At A Time is a website that offers fitness through a recovery mindset by negotiating information about fitness and nutrition with challenges faced by those in recovery from some sort of addiction. I have been obsessed with fitness for over ten years, but in the past, my constant need for validation from others caused me to develop body dysmorphic disorder. I had a very unhealthy relationship with fitness, food, supplements, athletic drugs and other things. Today, I have changed that relationship into something positive, and I aim to help others do the same.

People tend to change their diets when they come into recovery. Do you have any advice for them?

The most common habit that people new to recovery develop is to “put down the spoon and pick up the fork.” Food can substitute for our addictions of choice and help us to alter our newly discovered feelings. Plus, let’s not forget that quitting certain drugs such as alcohol or opiates also leaves us craving massive amounts of sugar as our body detoxes from those substances.

I’ve seen people go many ways, but there are two common extremes. Either they immediately work to address any ‘poor’ fitness and nutrition habits, or they basically throw their hands up in disgust and binge eat, avoid exercise or load up on sugar. When someone is a newcomer, I tell them to not worry about their eating habits, even if that does include eating more sugar than what we would normally prefer due to their cravings. They should focus instead on creating a foundation in recovery.

And after they’ve put solid sober time together?

Once they’ve laid down a strong foundation in recovery, I address the way they classify food. We are taught to classify everything as “clean” or “healthy” versus “junk” or “dirty.” This unnecessarily brings a connotation of good vs. evil, which can be a very slippery slope. I prefer to use the terms “smart” or “needs to be smarter.” I emphasize consistency and moderation as being far more important than strict and perfect adherence to “clean” or “healthy” eating. This way we don’t assign guilt to ourselves when we inevitably eat less than ideal foods. Also, we tend to fall into the trap of ignoring portion sizes when we deem something as “clean.” Making those adjustments certainly helps our mindset when it comes to address our daily eating habits and allows us to be easier on ourselves.

What has your biggest challenge been in sobriety so far?

The death of my mother. I stayed sober through that not only for myself, but to help my entire family. That, and the diagnosis and continued treatment of my girlfriend, who has breast cancer. I didn’t use these challenges as excuses to relapse, but the most challenging daily aspect of “life on life’s terms” is with my mindset. If I am not careful, I will “play the victim” in any given situation. When I feel self-pity, it ultimately leads me to feel entitled to do whatever it takes to feel better. In the past, this has meant using, drinking, manipulating, stealing, cheating. Today, it can mean lashing out, harboring resentments, and ultimately living a hateful life instead of a grateful life.

What do you do instead?

I typically make a gratitude list and reflect on how the “quality” of my problems has improved significantly since escaping active addiction. I call someone in recovery and tell them what’s going through my head. Or I meditate through exercise, or attend meetings. If none of those things do the trick, I go and volunteer at a local cemetery, caring for forgotten graves in the very back corners of the property. I work on my hands and knees to remove the overgrowth and mud covering headstones from as far back as 1923. It’s pretty hard to stay discontented after spending an hour doing that sort of work. The good news is on most days, I have something resembling self-esteem, self-respect, and self-worth. Gaining those gifts changed every single aspect of my life.